APS has 488 million reasons to vote against Prop. 127. I only have one 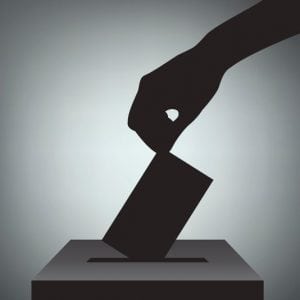 One of the fiercest campaigns in Arizona – and we’ve got some doozies – is the battle over clean energy a k a  Proposition 127.

On one side are supporters, funded by California billionaire Tom Steyer’s NextGen America super PAC. Pass the new energy mandates, we are told, and our electricity bills will drop even as we do our part to harness the sun and combat global warming.

On the other side are opponents, funded by everybody’s favorite utility, Arizona Public Service. Pass the new energy mandates, we are told, and our electricity bills will double even as tumbleweeds roll through the deserted reactors at Palo Verde Nuclear Generating Station.

Prop. 127 would require most of Arizona’s utilities to generate 50 percent of their electricity from renewable sources such as solar and wind by 2030. The current requirement is 15 percent by 2025, lower than every state around us.

Whose studies do you believe?

Here is my best advice: believe no one.

Clean Energy for a Healthy Arizona cites studies from the Natural Resources Defense Council, which concludes that the new energy mandates would lower your utility bill by $33 a year by 2030 while creating 15,800 new jobs — all without imperiling Palo Verde.

But here is what you may not know: the NRDC study – using data from the Energy information Administration and the National Renewable Energy lab – was managed by NRDC senior scientist Dylan Sullivan, who also is being paid to serve as the policy adviser for the pro-127 campaign.

Arizonans for Affordable Electricity, the APS-funded anti-127 group, cites studies from Arizona State University’s Seidman Research Institute, which says the new energy mandates would boost APS customers’ bills by $1,936 a year, largely because Palo Verde would have to be replaced with renewable-energy plants, and result in the loss of thousands of jobs.

But here is what you may not know: the “independent” Seidman study touted by APS was commissioned by APS, using data supplied by … you guessed it … APS.

APS, which is widely believed to have spent more than $7 million over the last two campaign cycles to buy itself a set of puppet regulators, also known as the Arizona Corporation Commission.

APS, which is spending $11 million to defeat Prop. 127 and has used every scare tactic in the book to kill and/or neuter this proposal.

APS, a regulated utility whose parent company, Pinnacle West Capital Corp., enjoyed $488 million in profits last year even as it raised our rates in 2017 and has asked to do so again in 2018.

APS, which has pumped hundreds of thousands of dollars into campaigns to support Gov. Doug Ducey and Attorney General Mark Brnovich, who recently put his thumb on the scale to help defeat Prop. 127, and thousands more into the campaigns of legislators who already passed a law aimed at turning this proposition into a joke,should Arizonans pass it.

So naturally, I’m going to have to side here with …

I have a hard time believing that Prop. 127 will cut our energy bills. I also doubt APS’ Chicken Little act.

Here’s my problem with Prop. 127: It’s a proposed amendment to the state Constitution.

We are being asked to enshrine the 50 percent renewable requirement not just in law but in the constitution, making it incredibly difficult to change. Should utility bills start rising, there is nothing in the proposal that would allow state regulators to slow the 50 -percent-by-2030 mandate.

Clearly, Arizona needs to get serious about putting the sun to work.

Currently, the Corporation Commission requires that utilities generate a mere 8 percent of their energy from renewable sources, on their way to a less-than-impressive 15 percent by 2025. Even the state of Washington, where the sun shines just one out of every three days, has a more aggressive mandate.

Change the commission, not the constitution

The five-man commission that regulates Arizona’s utilities is made up of entirely of Republicans, most of whom are beholden to APS.

APS is widely believed to have spent millions getting four of the five elected in 2014 and 2016 – a $3.2 million dark money campaign in 2014 and $4 million up front in 2016. (The fifth, former state Rep. Justin Olson, was appointed by Ducey last year to fill spot vacated by yet another APS puppet.)

Did I mention that two seats on the commission are up for grabs in November?